BEIJING, Sept. 3 (Xinhua) -- China, which won the war in the major oriental theater of the WWII, will stage Thursday an eye-catching military parade in the heart of its capital and in the presence of 30 heads of state and government leaders to mark the anniversary.

The scale of the grand ceremony, with a total of 12,000 troops and 500 pieces of military equipment to march through the Tian'anmen Square and nearly 200 aircraft to fly overhead in formations, has stirred up wild speculations, from a rising power wanting to flex its muscles to fortify its sphere of influence to Beijing fanning a smoldering antipathy toward Japan.

The speculations are half-baked and a slip back into the Cold War mentality, taken into considerations of when and how China has chosen to stage the parade.

China has never before held such an event since the end of the WWII in 1945, while similar commemorative events were seen across Europe, which bore the impact of invasions by Nazi Germany during the war.

China intended the grandness for the anniversary marking the end of the most widespread and deadliest war in history that lasted for almost a decade and caused hundreds of millions of casualties, including 35 million Chinese.

"The parade is the 70th anniversary of the victory of allied forces against Japanese aggression, which was one of the most terrible and oppressive invasions and wars in human history," said Robert Kuhn, chairman of the Kuhn Foundation dedicated to promoting China-U.S. relations.

The WWII in all aspects was very vicious, since it ended with nuclear weapons. It's important for the world to reflect on that and to make sure it doesn't happen again in any form, he told Xinhua in an exclusive interview with Xinhua before the parade.

While reflecting upon history, honoring sacrifice and paying tribute to heroism, the grand ceremony should sound alarm for those attempting to distort and manipulate the WWII history to serve their short-term political interests.

It is important that people keep memories of the terrible consequences of the war alive and see it as a moral and political commitment to work for peace and security worldwide, former German chancellor Gerhard Schroeder has said in a written interview with Xinhua.

Speaking of Germany's efforts to atone for its wartime crimes, Schroeder, among foreign statesmen invited to witness the military parade, noted that it had taken decades for the German people to be able to cope with its past.

"I think it is important for every country to shed light on its history and question it in an open and critical manner. And it is important to stand ready for reconciliation and forgiveness," he said.

Beijing has intended to make the celebrations an international event, instead of a ceremony marking its own victories and sufferings, by inviting 1,000 foreign troops from 17 countries to participate in its first non-National Day military parade.

The presence of troops and leaders from various countries and organizations including UN Secretary-General Ban Ki-moon, in a festive atmosphere, highlighted the spirits of solidarity and cooperation, as well as a common aspiration for peace and development.

In the spirit of cooperation, the Allied nations defeated the Axis nations, putting and end to the WWII. Such a spirit is more desirable than ever in today's world, where people are battling such global misfortunes as regional conflicts, terrorism, economic hardships, as well as environmental and ecological problems.

Besides, the parade and other ceremonies also brought to light the Chinese people's contributions to the victory in the WWII, which has been significantly underestimated until recently.

The Chinese people deserve credit for having faced the threat alone in the early years of the war following the beginning of overt Japanese aggression in 1931, said Nikolay Samoylov, an East Asia expert at St. Petersburg State University.

Chinese people's role in defeating Fascism deserves greater recognition, said Kazakh President Nursultan Nazarbayev in an interview with Xinhua before departing for China to attend the parade. China made unmeasurable contributions to the Allied victory in the WWII, he added.

China's military parade symbolizes a sense of pride and is a celebration for heroism and the older generation's remarkable feats, Nazarbayev said.

In a move to show confidence in national strength and sincerity to safeguard world peace and stability, China showcased its military sophistication by rolling out 27 armament formations. Most of the weaponry and equipment has never been shown to the public before.

"It's an opportunity to manifest a country's force but also to show that it's not bellicose. In this parade, China will demonstrate the progress it has made, and its strategy of peaceful development. In a world of uncertainties, China's vision of building a multi-polar peaceful world is very important," former French Prime Minister Jean-Pierre Raffarin said.

The remarks have gone too far and contradicted the very essence of China's V-Day parade. Not to mention that in Europe, the style with which Germany reconciled with its victims should set an example for the reconciliation between Japan and its Asian neighbors. 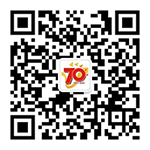